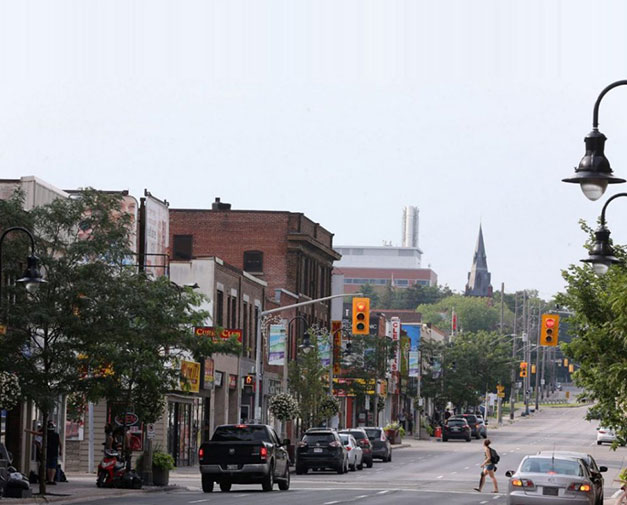 Oshawa is a city in Ontario on the Lake Ontario shoreline and is commonly viewed as the eastern anchor of the Greater Toronto Area. This city’s roots are tied to the automobile industry, specifically the Canadian division of General Motors, as the Canadian headquarters are located in Oshawa. The lavish home of the automotive company’s founder, Parkwood Estate, is a National Historic Site of Canada and a backdrop favoured by numerous film crews, featured in many films. Oshawa’s parks and trail system encompasses almost 410 hectares of parkland and more than 27 kilometers of paved trails. Oshawa has more than 130 parks, more than 110 playgrounds, nine splash pads, eight ice pads, and three skateboard parks!

While enjoying yourself in Oshawa, remember to give us a text for a speedy cannabis delivery for a good time! Our online dispensary carries many strains, cannabis concentrates, and edibles for all needs.

High Society 416 has been servicing the Oshawa area since 2018. We are a trusted, locally owned, and operated company with the largest selection of high-quality cannabis products! You can look forward to craft selected products and flowers, with new products added frequently!

We also deliver high-quality products to the areas of Barrie, Innisfil, Aurora, Newmarket, Bradford, Vaughan, and Whitby. If you live in a smaller town near any of these areas, send an email to info@highsociety416.com or call/text us at (647) 689-5922. We will do our best to accommodate you!